Something special for a special anniversary

Anything worth celebrating needs to be celebrated. Anniversaries, how short or long they are, always need attention. Give attention to someone's first anniversary, thirteen years together, and also, a couple's forty years of marriage. Whatever people are celebrating, celebrate it with a special anniversary rose. A unique, personal, uncommon gift is the special anniversary rose from World of Roses. With this rose, you say 'happy anniversary' in a very extraordinary way. And that is what you are looking for: something unusual that the couple will remember for a long time.

I feel you when it comes to thinking of creative anniversary gifts. I was never good at making a present personal. I was always the one with the lousy anniversary gifts. Until this year. This year, I want to blow everyone away with the funniest, most romantic, purest idea ever. So, I went searching for 'special anniversary gift', and I came to the best gift ever. What if you can give a couple a reflection of their love in the present? You may think of a photo album or a date to the first restaurant they ever went to. But I have something in mind, even more special than this.

So special, you can't believe it

The word special is often overused, but not in this case. 'Special' is undervalued for the enormous gift I am talking about. The special anniversary rose is unique because of the extra meanings. A simple bouquet doesn't tell a story when you give it. A bare-root special anniversary rose with a personal note, does. Think of the couples first date, favourite colour, long history. Keep this in mind, while you select the colour of the anniversary rose.

For every type of anniversary, World of Roses has a rose that suits:

Order your special anniversary rose online and World of Roses delivers the unique gift the next day if you order before 2 pm. So, what are you waiting for? Order anniversary roses in our webshop. 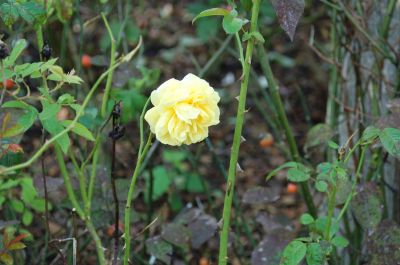