Tips on how to give the best ruby anniversary gifts

We thought of several basic rules you can't forget when you are thinking of a ruby anniversary gift. Find this list below, and you will blow the ruby couple away with your beautiful anniversary gift.

What is the best gift for a ruby anniversary?

The Ruby 40th Anniversary rose from World of Roses, is a large-flowered rose shrub that blooms fantastic in summer. Masses of vibrant ruby red blooms set on a backdrop of deep green foliage will have this living plant making a statement in any garden. Plant this rose against a wooden fence, brick wall or the barn. The stunning red flowers are real showstoppers and will definitely attract attention. The pleasant fragrance completes the package. The aromatic scent reminds a couple of their first meeting. What are you waiting for?

When it comes to a ruby anniversary, we ensure that this will be a day that the couple won't forget very soon. To make a good impression, we thought of an excellent gift that lasts for years. Send a deeply red ruby 40th anniversary rose on this special day. Order your Ruby 40th Anniversary gift online at World of Roses. We deliver the wrapped rose straight to the doorstep of the couple. All you have to do is fill in the right address information and fulfil the payment. This year your gift will be a massive surprise, for sure. 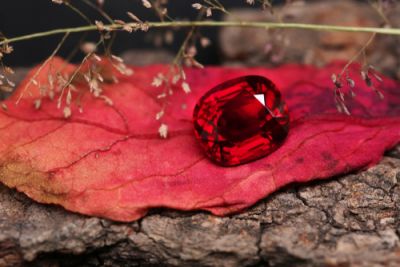